Study of Interleukin-6 Levels in Early Diagnosis of Neonatal Sepsis

This is a hospital based prospective study to evaluate the efficacy of IL-6 as an early diagnostic marker of neonatal sepsis. Eighty neonates, delivered in the hospital, having risk factors for neonatal sepsis, along with those coming to hospital with signs and symptoms of sepsis up to 28 days of life (as study group ) along with normal newborns admitted to the postnatal ward without high risk factors (control group) were enrolled for this study

IL-6 test has maximum sensitivity as well as specificity in comparison with other septic markers. Blood culture is the gold standard for the diagnosis of septicemia.CRP is most sensitive while CBC is most specific marker in neonatal sepsis.

Neonatal Septicemia is the leading cause neonatal mortality and morbidity in India. It is estimated that 20% of all neonates develop sepsis


. Accurate and timely diagnosis of neonatal sepsis still remains a major challenge to the pediatricians and neonatologists. Mortality due to neonatal sepsis is preventable and if diagnosed early the outcome is better. Several indicators have been evaluated as septic screen for the early diagnosis of neonatal sepsis like CBC, CRP, Micro-ESR, IT ratio, and Blood Culture. There is a constant search for better and ideal diagnostic marker. Ideal marker should be sensitive, specific and easily available. Its results should be immediate and reproducible. Recently various new markers are being studied such as IL-6, TNF-α, Procalcitonin, G-CSF etc. IL-6 is an inducer of hepatic protein synthesis which promotes production and liberation of CRP and can be detected early when there is bacterial bloodstream invasion. It appears to be one of the most promising candidate cytokine for early diagnosis of neonatal septicaemia.


In the present study conducted at Mahatma Gandhi Mission Medical College and Hospital, Navi Mumbai, IL-6 levels were assessed in normal healthy newborns as well as newborns with high risk factors for sepsis and the usefulness of IL-6 was evaluated as an early marker for sepsis detection and its effectiveness was compared with other septic markers.

A prospective study design was used to evaluate the efficacy of IL-6 as an early diagnostic marker of neonatal sepsis. This is a hospital based study conducted in M.G.M Medical College and Hospital, Navi Mumbai.

Eighty neonates, delivered in the hospital, having risk factors for neonatal sepsis, along with those coming to hospital with signs and symptoms of sepsis up to 28 days of life (as Study Group) also normal newborns admitted to the postnatal ward without high risk factors (Control Group) were enrolled for this study. Newborns were treated with antibiotics for clinical evidence of sepsis & positive septic score as per neonatal sepsis score system (Table 1).

A detailed history was taken and examination was done. Following laboratory tests were done as soon as presumptive diagnosis of sepsis was made based on septic score system and on clinical grounds. All investigations were done within 24 hours of birth or at presentation before starting antibiotics like IL-6 levels, CBC, CRP with titer, Micro ESR, Immature to Total (IT) ratio, peripheral smear for toxic granules and band forms, blood culture (BacTalert), x-ray chest, CSF whenever indicated etc. Soon after birth, 1 ml of venous blood was drawn for blood culture. Also 5 ml of venous blood was collected for TLC, DLC, peripheral blood smear, micro-ESR and CRP. CRP was sent at 12 hours of life in newborns with high risk factors for sepsis. This study was approved by Ethical Committee of this hospital. Informed Written Consent was obtained from parents before entry into this study. Information of selected neonates including detailed history and clinical examination was recorded on a predesigned proforma.

1 ml blood was collected in plain bulb and serum was tested by Chemiluminescent Immunometric technique in IMMULITE Machine1000 (Table 2). IMMULITE 1000 IL-6 is a solid phase, enzyme labeled, Chemiluminescent sequential immunometric assay. The use of an ultracentrifuge is recommended to clear lipemic samples. Volume required – 100 µL serum, EDTA or Heparinized Plasma (Sample cup must contain at least 250 µL more than the total volume required).

IL-6 levels correlate with the severity of the disease

Data was collected, classified, tabulated and analyzed. Tests of significance were applied at appropriate places and interpretation was done accordingly. To evaluate the difference between the categories, McNemar Chi Square test was used as a test of significance. A p-value of less than 0.05 was considered statistically significant. 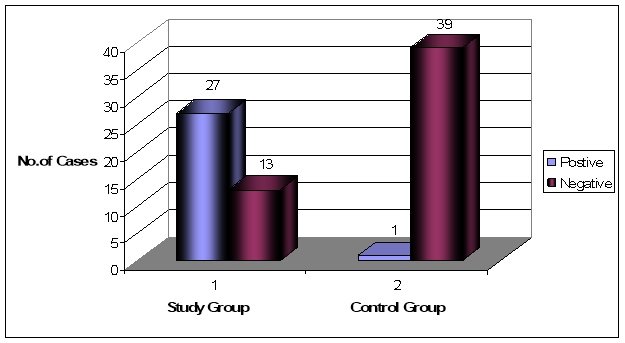 noted in their study that the incidence of E.Coli as the causative organism of neonatal sepsis was 45%. Mirfet al

in their study of 50 cases also showed similar results. McCraken 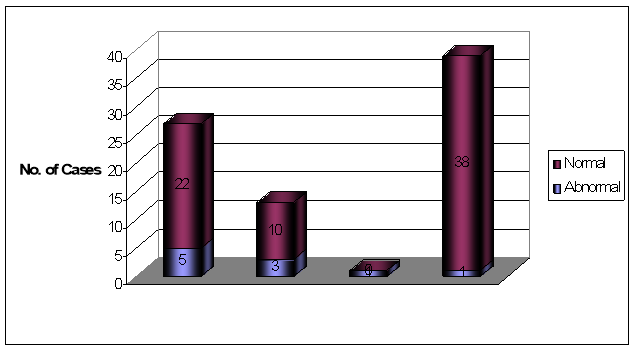 Fig. 3: Bar Chart Showing Distribution of Cases According to CBC


showed that there is generally a delay of up to 24 hours between onset of symptoms of infection and a rise in serum CRP. Sensitivity of the test at presentation is only 40% that is, 60% of subsequently proven sepsis episodes will have a normal initial CRP. (Fig. 4).

Fig. 4: Bar Chart Showing Distribution of Cases According to CRP

studied 103 high risk neonates having predisposing perinatal factors or clinical suspicion of sepsis and found that an abnormal immature to total neutrophil (IT) ratio were the most sensitive indicators in identifying neonates with sepsis showing high negative predictive value over 94%. (Fig. 5) 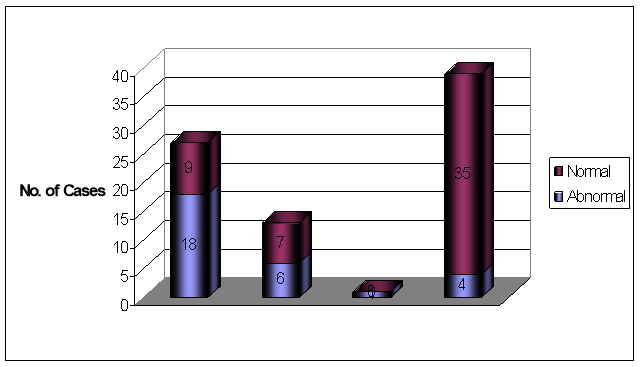 Fig. 5: Bar Chart Showing Distribution of Cases According to IT Ratio

studied on 114 term neonates for early neonatal sepsis. The sensitivity and specificity of the ‘revised’ Micro-ESR was 62.5% and 60.9% respectively in diagnosing culture proven sepsis. (Fig. 6) 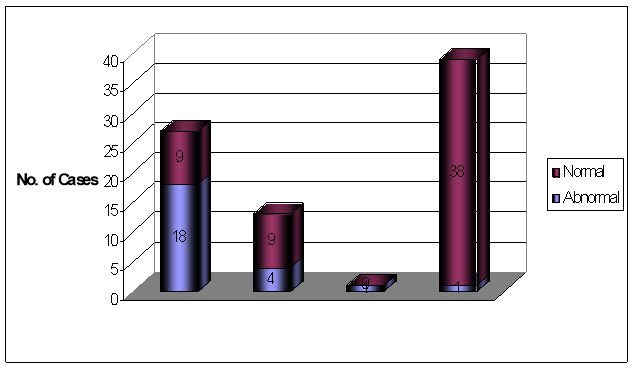 Fig. 6: Bar Chart Showing Distribution of Cases According to Micro-ESR

reported that IL-6 and TNF-α are likely candidate cytokines for use in early diagnosis of neonatal sepsis. (Fig. 7) 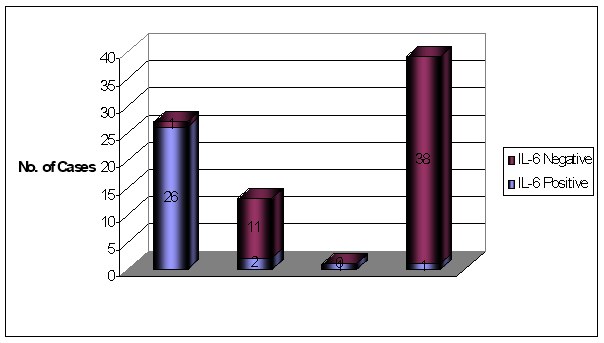 Same group of patients are tested with both Blood Culture (BacTalert) as well as IL-6 levels. Therefore McNemar’s (ChiSquare) test is used to evaluate whether results of these tests vary significantly from each other. It is observed that the results of both tests are not statistically significant from each other with x

= 0.083, p-value equal to 1.00 and degree of freedom equal to 1. There is no statistically significant difference between Blood Culture (BacTalert) and IL-6 assay (p=1). Hence use of IL-6 levels for early diagnosis of neonatal sepsis can be justified. (Table 3)

Thus, IL-6 test has maximum sensitivity as well as specificity in comparison with other septic markers in early detection of neonatal sepsis. (Table 4)

Hence, it can be concluded that IL-6 concentration increases to significant level in the patient having bacterial septicemia. IL-6 test has maximum sensitivity as well as specificity in comparison with other septic markers. Therefore, IL-6 levels can be used as an early diagnostic marker for neonatal sepsis.

Authors are thankful Dr. V. Kotrashetti for guidance during study period. We also express thanks to Mr. Dattatray Parle and Dr. Tabish Pathan for editing this study.

Conflict of Interest: None


[A3]
ET AL ONLY IF THERE ARE MORE THAN SIX AUTHORS, PLEASE CHECK


[A4]
CORRECT AS ABOVE; NO FULL STOPS AND CORRECTLY ABBREVIATED NAMES OF JOURNALS.